Don’t Take Your Eyes Off These Markets

With all the excitement in the equities and amazing moves in new fangled things like Bitcoins, its easy to forget that there are other markets that make major moves.  And, indeed, many of these markets have been relatively quiet…

But low volatility is just the pre-cursor to high-volatlity.  Volatilty cycles – from low to high – always.  So these markets are just ripe for breakouts, especially when you consider the chart patterns that are forming in some of them.

Because these are early warning signals, there are no trade setups yet.  But things are getting close.  So we’ll show the patterns below and then maybe follow up as they get closer.  Throw these on your watch list – just a few years ago, these were THE markets to trade.  Now it seems as if most folks have forgotten that they exist…which is usually when interesting things start to happen… 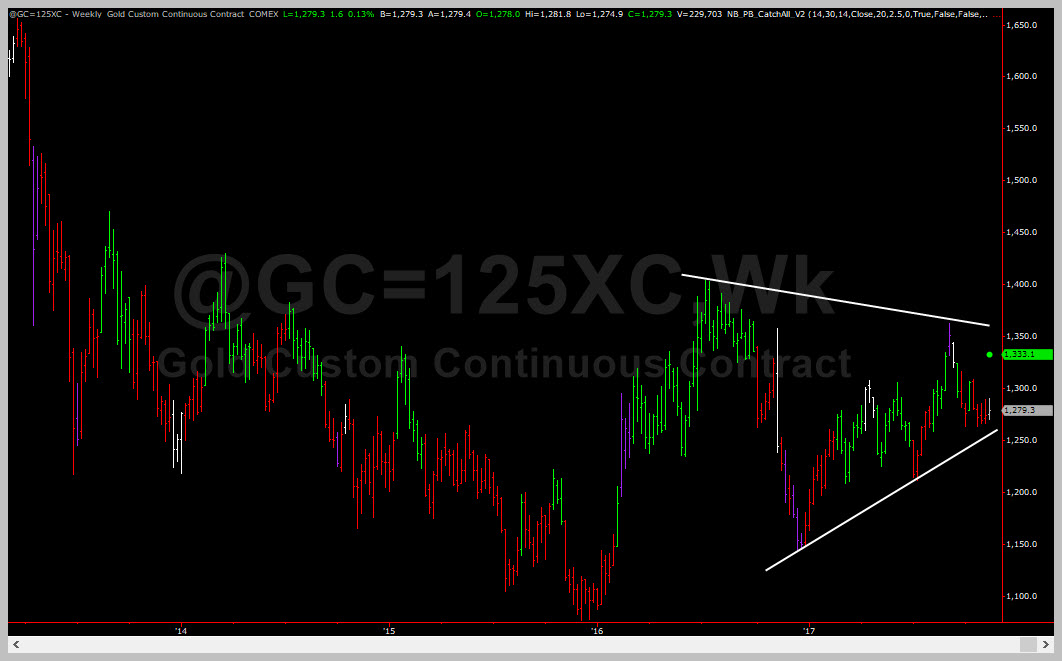 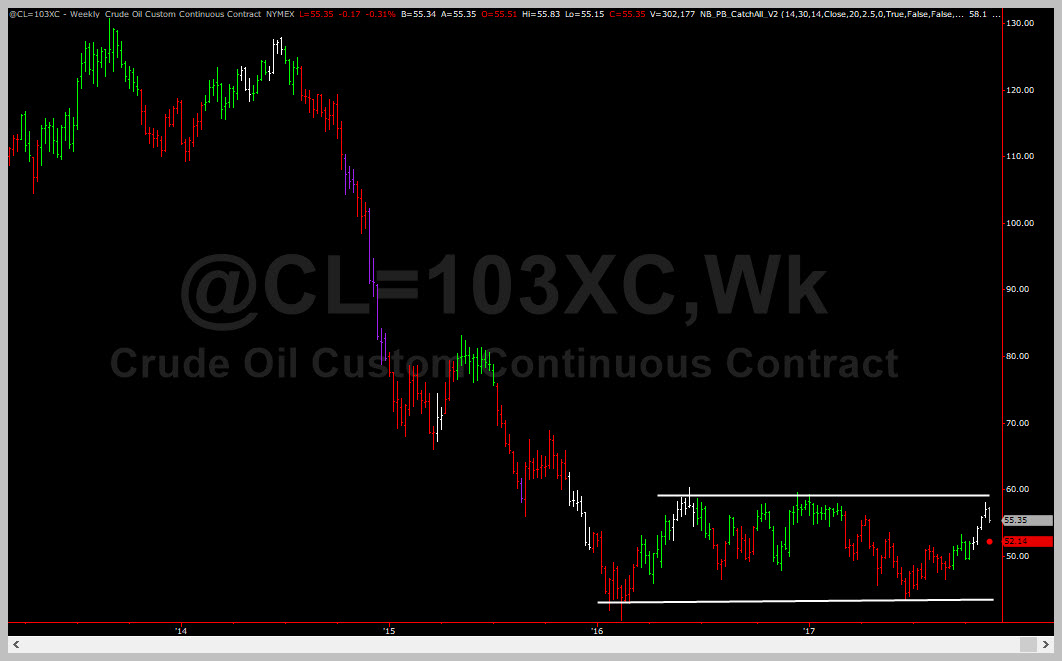 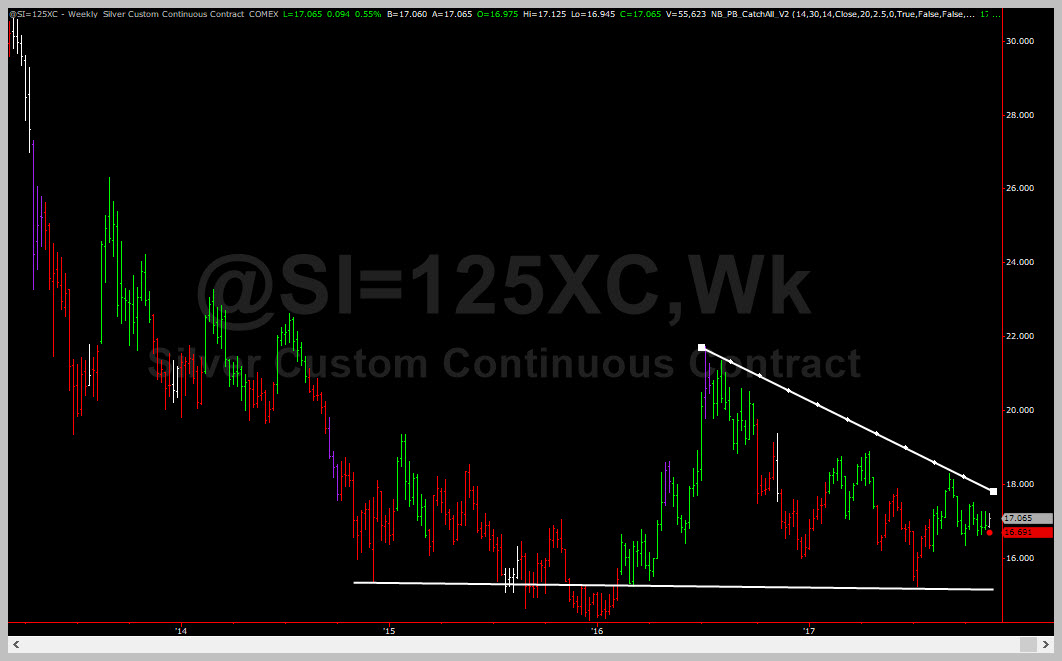 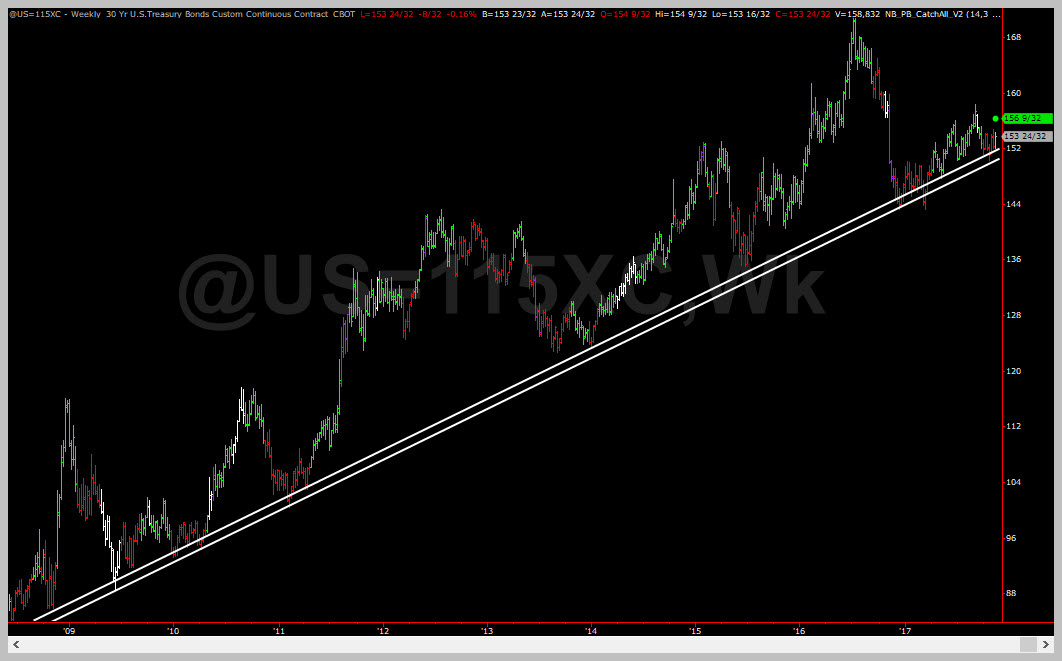 The first three charts above (Gold, Silver, Crude) are all sporting MASSIVE weekly consolidations.  These are early days yet but when these things breakout, they will be monstrous.

The final chart is the 30 year bonds (traded on the CME).  This one is at a critical point.  Resting on an 8 year trendline, all the pundits think this is going to break, driving interest rates higher.  But, looking at this chart – that just feels wrong, doesn’t it?  The scenario least expected is that interest rates will FALL.  But if the trend line shown in the fourth chart  above holds, that’s exactly what will happen – maybe even to the point where rates fall to another new low record!

Learn The Right Way To Trade Breakouts And Breakdowns With Our E-Book: The Only Trading Technique You Will Ever Need
Trend Reversals, Swings, Big Wins, Small Wins - Learn Them All WIth Our Book: Market Structure - A Practical Guide For The Short Term Trader 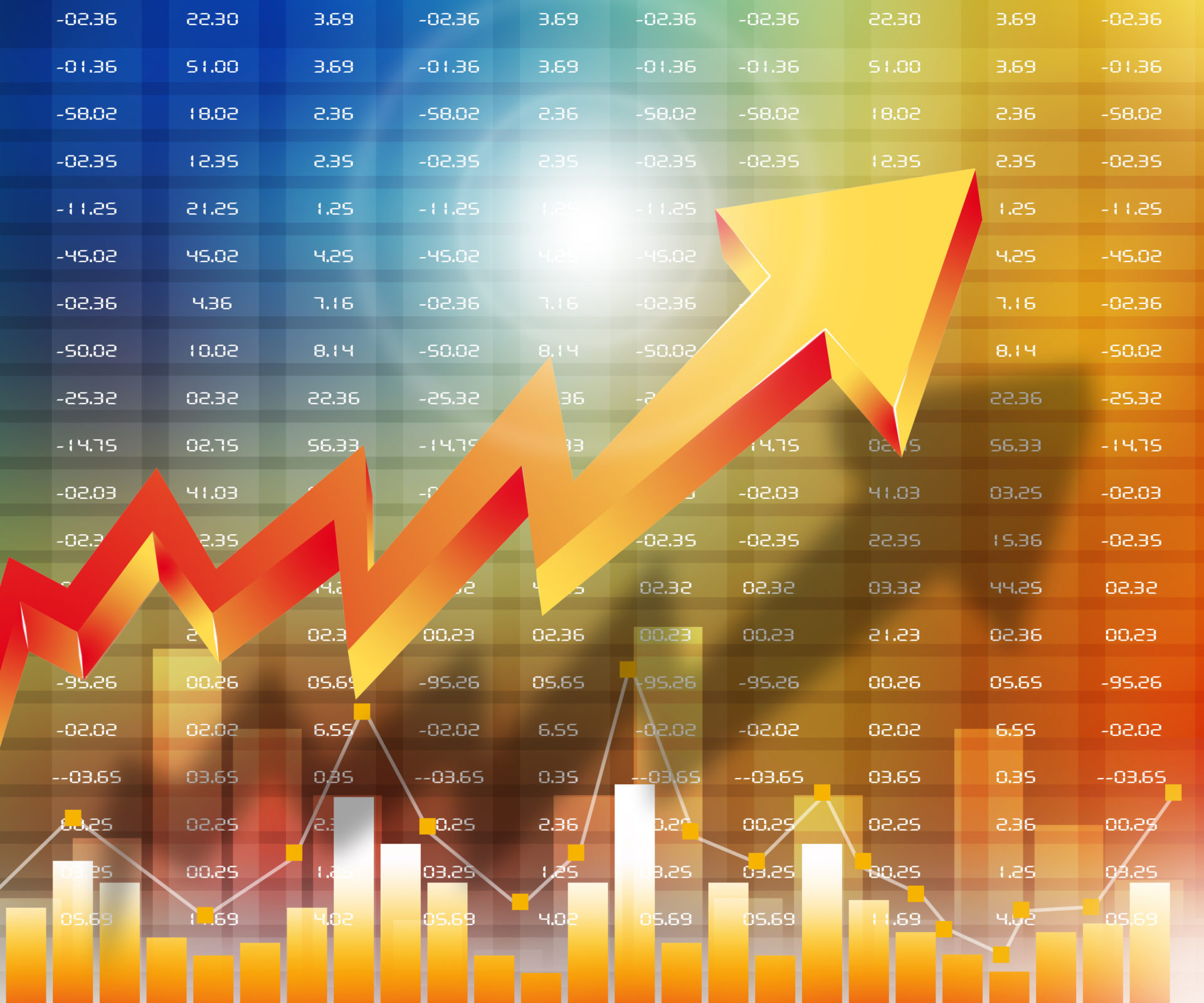 There’s not much for the wrap-up in this article.   The four charts above bear watching – pull ’em up once a week or so but it’ll probably be a few more months before they do anything exciting.

Other charts to keep an eye on – grains!